In his first video, Stadler concluded that he had lost 9% of the loading capacity. Instead of the 63.48 kWh he had a year ago when he just picked up Walter (his Volkswagen ID.3), the Youtuber now has 57.7 kWh in his EV. After announcing these numbers, he mentioned that he had misused his ID.3 by charging it to 100% too often with quick chargers.

Those unfamiliar with EVs may find this absurd, but it is actually a recommendation from several manufacturers to use battery packs with ternary cells in their EVs. The cells NMC (Nickel-Manganese-Cobalt) or NCA (Nickel-Cobalt-Aluminum) do not like to be fully charged. That would accelerate the loss of range. Fast charging also damages battery packs in the long run.

Another type of lithium-ion chemistry is preferred to be 100% charged: LFP (lithium iron phosphate). These cells are currently used in cheaper versions of electric vehicles because they are cheaper and also more robust. Their disadvantage is that they are heavier due to the lower energy density.

If the Stadler ID.3 had LFP cells, permanent charging to 100% would not be a problem for the longevity of the battery. He would probably measure a much smaller loss of battery capacity than the ternary cells his car uses.

This shows how careful everyone has to be nowadays who is willing to buy an electric car. Right from the start, you have to keep an eye on the range, the area of ​​application and the type of batteries in the vehicles. A look at cell suppliers with good manufacturing reliability can also prevent unpleasant surprises in the event of recalls.

You may think that an electric vehicle with a relatively short range would be a good fit for you: a Mazda MX-30, for example. However, it uses ternary batteries, which means you shouldn’t charge it to 100% too often if you want the battery to last a long time. This limits an already limited range.

If you live in an area with severe winters, the low temperatures will also affect the range of the EV. Having to slowly charge it to a maximum of 90% can make the EV inconvenient for your needs. To make matters worse, car salespeople may not know all of these details when purchasing a new vehicle. Hence, you’d better keep an eye on them yourself.

In the future, solid-state batteries could beat ternary cells in terms of energy density, mass, and even price. QuantumScape previously said its solid-state lithium-metal platform could use any type of cathode, ternary, LFP or otherwise. The company said we’ll see that by 2024.

When they hit the market, they can make all common cell chemistries obsolete. Who would want to buy a used car with an outdated battery? They can lose value just as much as internal combustion engine vehicles if electric vehicles go mainstream. That’s the risk early adopters face: getting stuck with outdated products as soon as better technologies hit the market.

Waiting for it to happen may not be an option. Automakers are being sued over climate change – absurd as it sounds when you look at the bigger picture – and the economy needs to be decarbonised. Selling current battery chemistries will likely fund the discovery and implementation of better solutions. This is the sacrifice early adopters are willing to make for us, whether they are aware of it or not. 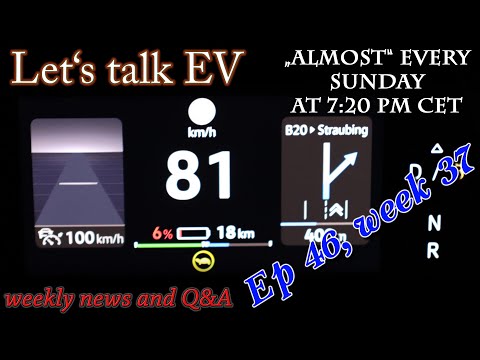