Are you a fan of Volkswagen cars? As we saw, the automotive industry was changing and there was an exchange of “goals”. Technicians want to make cars, and automotive companies have contributed a lot of technology, including simple applications.

Are you a fan of Volkswagen's legendary “bread”? Then there is the good news! The Volkswagen Multivan T7 is the new offer from the German group, which can be the successor to the Sharan or the Volkswagen Caravelle.

The new Multivan T7 engine is based on the MQB platform and is The seventh generation of the model. With a very modern design, the Multivan has also improved in terms of aerodynamics, which makes the truck more efficient.

This is a 7 seater truck (spacious) and inside A 10.25-inch digital dashboard is also available, as is a 10-inch central touchscreen display. The data of the infotainment system can be displayed in this panel. 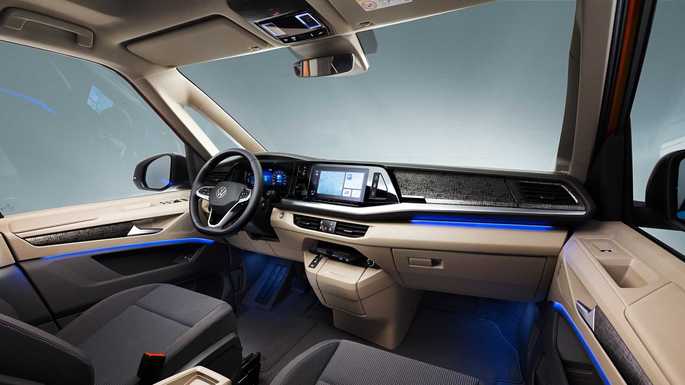 As for the engine, there are several versions. The flagship version of the Volkswagen Multivan T7 is called eHybrid, as it provides a combined output of 218 hp with a 1.4 TSI engine and an electric motor. The electric part of the car, which turns it into a plug-in hybrid, guarantees a range of just 50 km thanks to the 13 kWh battery.

As mentioned earlier, this truck is available with other engines, both petrol and diesel. A 1.5 TSI version with 136 PS or a 2.0 TSI with 204 PS is available for petrol engines. A 2.0 TDI engine with 150 hp is used for the diesel.

The Volkswagen Multivan T7 is expected to arrive at the end of 2021, prices are not yet available.