Like Gina Courts, co-owner of Ken Fruit MarketAs you can see, her clients are like most Americans. They are determined by the prices. Thus, the goal of the three Ken’s Fruit Market stores is to provide affordable, fresh and local produce and meat.

“Our goal is to enable ordinary people, anyone, to afford healthy food,” she says.

Besides being a reliable outlet for fresh food at reasonable prices, Ken’s also helps strengthen neighborhoods from its storefronts on Plainfield Ave., Eastern Ave. and 28th St.

“Our customers notice that our stores have a positive impact on their neighborhood,” says Courts. “Our markets, along with other local stores, help keep more customers in local businesses rather than department stores,” including the Meijer near Ken’s on Plainfield Ave.

Gina and her husband Ken, who have been in retail since he was a teenager, watch how department stores price their produce and then try to price their products a little lower. They think of their stores as downtown farmer’s markets open all year round. The majority of each store’s square footage is devoted to nutrient-dense fruits and vegetables.

Ken sources locally as well, which the store has always done, long before it became a retail trend. 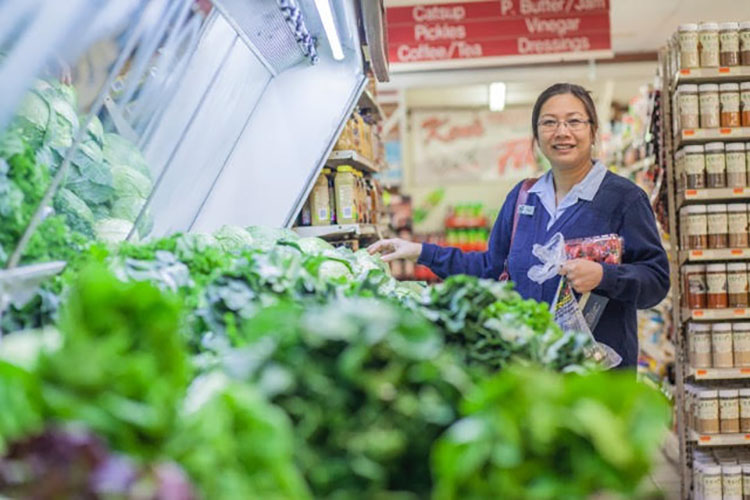 “Since the recession, customers have been loyal to the local,” explains Courts. “We try to find niche products like frozen Michigan fruits and vegetables and buy from local vendors and suppliers who cannot supply a Meijer. “

The idea that customers, neighborhoods, and regional growers and producers all benefit from Ken’s strong operating principles is one of the reasons the store received a $ 445,000 loan and catalytic investment award. of $ 75,000 from Michigan Good Food Fund Last year. 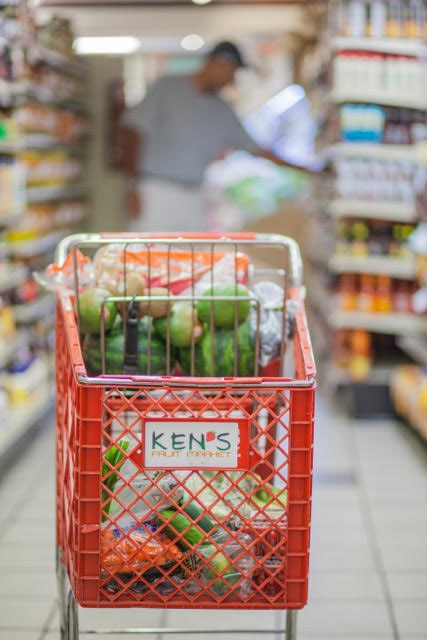 Olivia Rebanal, Director of Loan Programs Capital impact partners, a nonprofit that manages the funds, says the funding will help ensure Ken’s remains financially viable and strong. “They are committed to providing affordable products. They have great relationships with vendors, so they also support small food entrepreneurs, ”says Rebanal. “And, they’re bringing that to a community that needs it.”

The Catalytic Award allowed Ken’s to update its essential equipment. The funds from the loan help Ken’s consolidate and refinance his debts and spend more money on staff and stores. Ken’s employs 100 people, all locally hired, many of these long-time employees.

As a small family business, the banks were unwilling to fund Ken’s when it opened in 2010. As it grew, the courts borrowed money from family and friends. MGFF’s support eased this tension. Ken and Gina also received additional business assistance in the form of pre- and post-loan support focused on business restructuring and grocery operations. Legal support and help streamlining processes and policies across multiple stores also benefited operations.

“MGFF has met all of our business needs, if not some. Its terms were better than market and available, especially the interest rate, ”explains Courts. “And the additional business support has been very helpful. It’s not the kind of support that small businesses like us usually get.

On a larger scale, the Michigan Good Food Fund is funding another project in Grand Rapids. He provided a $ 3.6 million loan for the development and construction of Diamond Place, an affordable mixed-use housing development that includes retail space anchored in a community grocery store.

“The grocery store has been an integral part of this development from day one,” says Jacob Horner, Development Associate at PK Development Group, partners of Development of the third rib about the project. “The site itself is in the middle of a USDA designated food desert. There isn’t really a good grocery store option in this area.

From the start, Third Coast Development organized local carts with community residents, who expressed two major needs for their neighborhood: affordable housing and a grocery store.

“There has been a ton of development there, and people are gentrifying, so affordable housing was a very important part,” says Horner. Of the 165 residential units planned, 107 will be subject to rent restrictions for those earning less than the median income in the area, as defined by Section 42 of the Internal Revenue Code and in accordance with IRS regulations for the social housing tax credit program. For example, at Diamond Place, 76 of the units are reserved for households earning 60% or less of the Kent County area median income, which is $ 35,820 for a family of three. 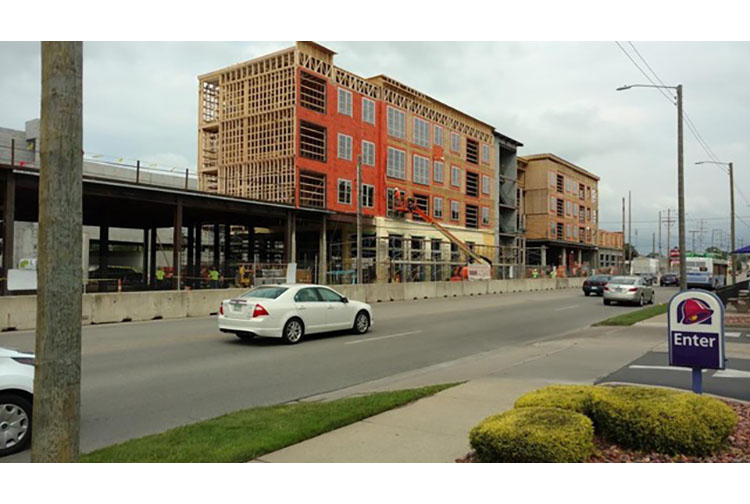 The new building under construction. “For the grocery store, it’s common knowledge that they absolutely want and need one. The neighborhood just claimed it, ”says Horner.

The developers plan to use a merchant that offers an affordable price, with a focus on fresh produce and fresh foods, like meats and dairy, and less on non-perishable and paper products.

“We want it to be, obviously, good quality and everything, but we didn’t really go after the Whole Foods type store which is a little more expensive. Based on the demographics of the area, we don’t think this would be a good solution, ”says Horner. 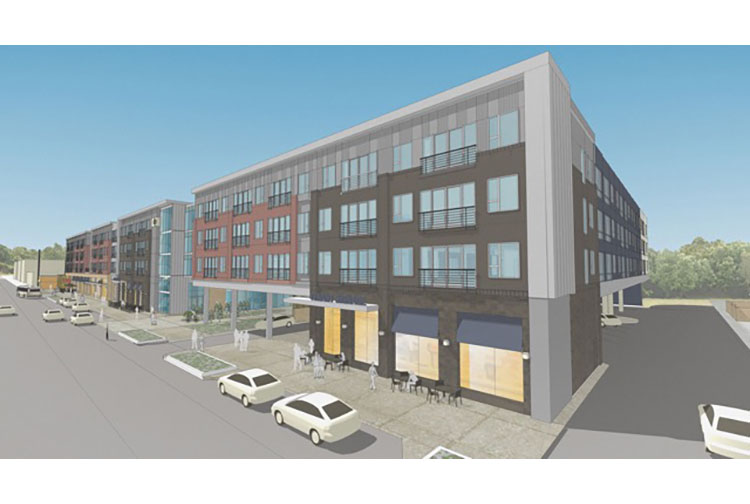 Renderings of the finished building. The developers at Diamond Place are chatting with a number of grocers and considering a wide range of options that suit the neighborhood and community well. Like Ken’s Fruit Market, Diamond Place plans to add to neighborhood vitality and economic growth.

The project is in full swing Michigan Street Corridor, on Michigan at Diamond Ave. As development continues to move west (at the Medical Mile) to east along the corridor, Diamond Place is one of the largest undeveloped sites. Its opening will help to continue the dynamic of economic development in the corridor. Diamond Place is 40 percent complete with an expected end date of August 2018.

While construction is now underway and advancing rapidly, the initial funding for Diamond Place was relatively complicated. “In other words, the financing was essential and difficult to obtain, and that we could not obtain it from a conventional source,” says Horner.

With the support of a number of corners and buy-in from residents, Horner sees Diamond Place as a semi-public project.

“We could have bought the site and just put up a tower as tall as possible and charge as much rent as we could, but that wouldn’t have been adopted by the community, and we’re long term neighbors and owners here. Horner says. “We want to make sure that what we do is well received by the community and that it will benefit many different people. “

The Michigan Good Food Fund funds seven projects across the state in Grand Rapids, Detroit, Kalamazoo, Marquette and Menominee. It supports a range of businesses that grow, process, distribute and sell healthy food that reaches those who need it most. With Capital Impact Partners, other main partners of the fund are Fair supply network, MSU Center for Regional Food Systems, and the WK Kellogg Foundation.

Michigan Good Food Fund’s investments in neighborhood stores help them be relevant and competitive while bringing healthy, whole, reasonably priced, locally sourced food to those who need it most. By making good food accessible and affordable to more people, especially families with limited food budgets living in underserved communities, Grand Rapids is adding another link to becoming a healthier, more equitable city.

This article is part of Michigan Nightlight, a series of stories about the programs and people who positively impact the lives of Michigan children. It is made possible by funding from the WK Kellogg Foundation. Read more in the series here.