NIAGARA-ON-THE-LAKE, Ontario. – The Volkswagen Tiguan may not have the sales volume of Ford Escape, Honda CR-V or Toyota RAV4, but it remains the best-selling Volkswagen in North America and whenever a vehicle sells 100,000 units or more, like the Tiguan in the USA per year 2020, it’s a vehicle of importance.

For a brand that claims to have come to the SUV party too late, Volkswagen has certainly made up for the lost time. In North America alone, the German automaker now sells five SUVs, after only offering two in 2016.

The Tiguan was the second Volkswagen SUV to hit our shores in 2008, following the debut of the larger mid-range Touareg in 2002. While the 2017 Touareg was canceled in North America to make way for the US-built Atlas the Tiguan has been reliably chopping wood for Volkswagen for 13 years.

The current second-generation model, which is being built at the Volkswagen plant in Puebla, Mexico and is based on the modular transverse matrix (MQB) platform, was launched in 2017. It is noteworthy that North America only gets the long-wheelbase version, but a short-wheelbase Tiguan is sold in other markets.

For 2022, the Tiguan is getting a mid-cycle refresh that includes some styling and packaging updates, but the powertrain is being carried over. All Tiguans are equipped with a 2.0-liter TSI four-cylinder engine (turbocharging) that generates 184 hp and 221 lb-ft of torque and is paired with an eight-speed automatic transmission and 4MOTION all-wheel drive as standard. Front-wheel drive is no longer offered.

As for the styling changes, the ’22 Tiguan gets a new front apron, new 17-, 18- and 19-inch wheels and available 20-inch wheels, a first for the Tiguan in Canada. Other additions include an available illuminated front grille and two revised R-Line packages, including the Comfortline Black Edition.

Volkswagen Canada recently invited a small group of journalists to try out the new Tiguan in Niagara-on-the-Lake, Ontario, along with the brand new 2022 Golf GTI and Golf R Hot Hatches. I will soon have a lot to say about this in a separate story. 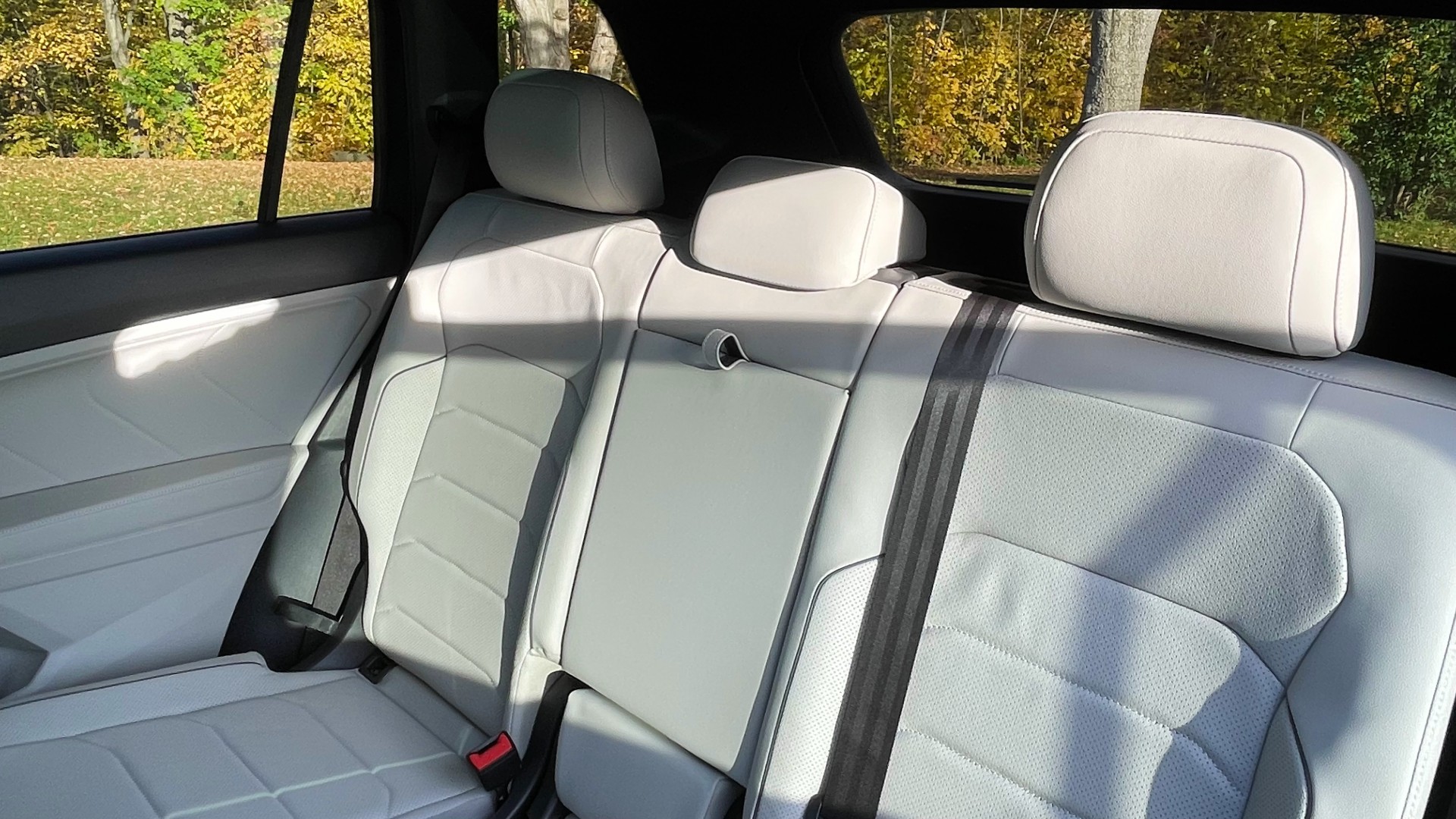 For these eyes, the Tiguan has become more attractive with increasing age. It started as a rounded, jellybean-like oddity in the late 1980s and has evolved into an edgy and more sophisticated SUV a decade later. The update it received here isn’t extensive, but it does make an already attractive package even more appealing. The new front apron, LED headlights and the illuminated front grille give the Tiguan a premium feeling that, in my opinion, will appeal to consumers. Upper equipment tends to make up a larger share of sales at Volkswagen than at other brands, so the R-Line bits included in the scope of delivery of the Highline should help to curb its attractiveness. 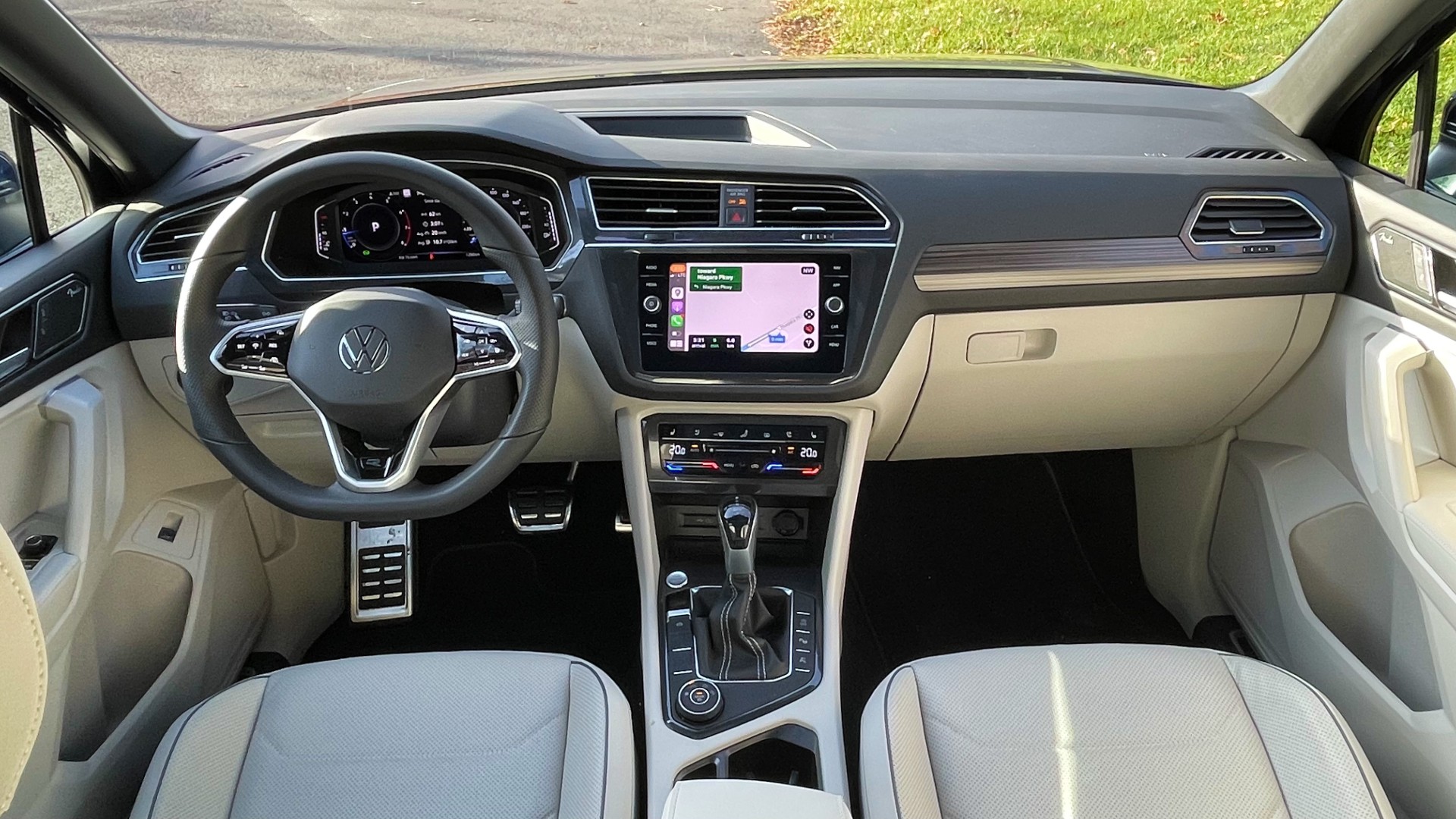 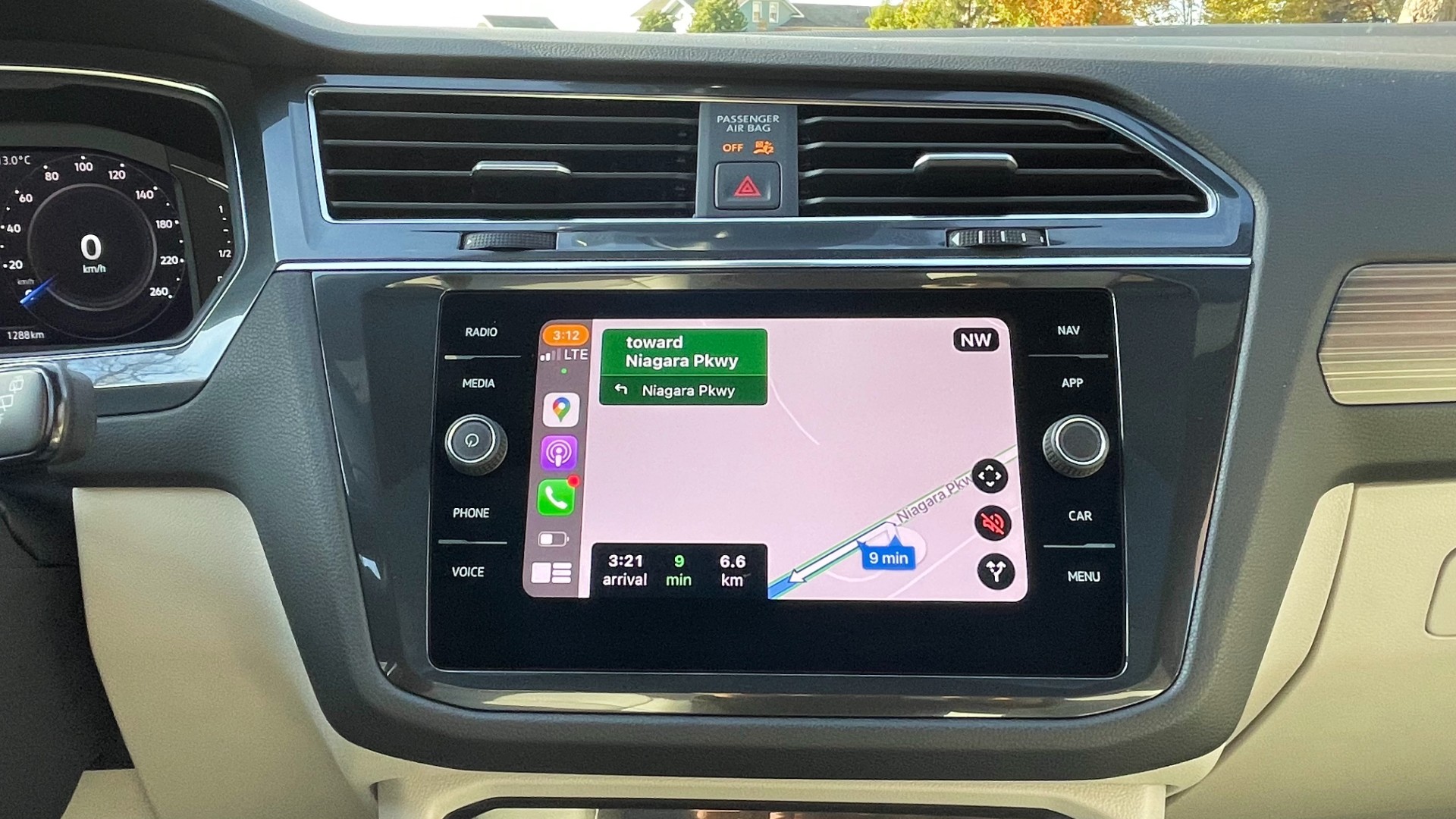 As for the cabin changes, I like most of them, too, with one notable exception. First the good things. The multifunction steering wheel looks and feels significantly higher quality than the unit it is replacing, and offers the driver deep control, especially for the Volkswagen Digital Cockpit, which now offers a higher degree of configurability. Nice to see the wireless Apple CarPlay here too. It’s 2021 – this type of technology should actually be standard in vehicles in this price range.

The Tiguan is convincing in terms of style, comfort, fit and workmanship. The leather seats offer good comfort, the view to the outside is excellent and the equipment elements convince in terms of look and feel. For a vehicle over $ 42,000, the Highline R-Line can keep up. Volkswagen interiors aren’t generally high on the excitement index, but given the intended competition, I think the Tiguan’s cabin offers a lot of appeal. Adding ambient lighting helps in this regard.

What I really didn’t like is the capacitive touch panel that controls the air conditioning functions. See, I get it – mechanical buttons don’t look as good in marketing materials as a flat touch panel with cool graphics. I understand why many manufacturers are moving in this direction, but touch panels can be fussy and create unnecessary distractions.

Mechanical controls work by feel, but these screens don’t. Just try adjusting a touch panel while driving on a bumpy road – no fun. Drivers often have to divert their attention to adjust the fan speed or temperature, and this can be more dangerous than you think. I speak from experience. However, I give Volkswagen credit for keeping the volume and tuning knobs so that everything is not lost. Yet. 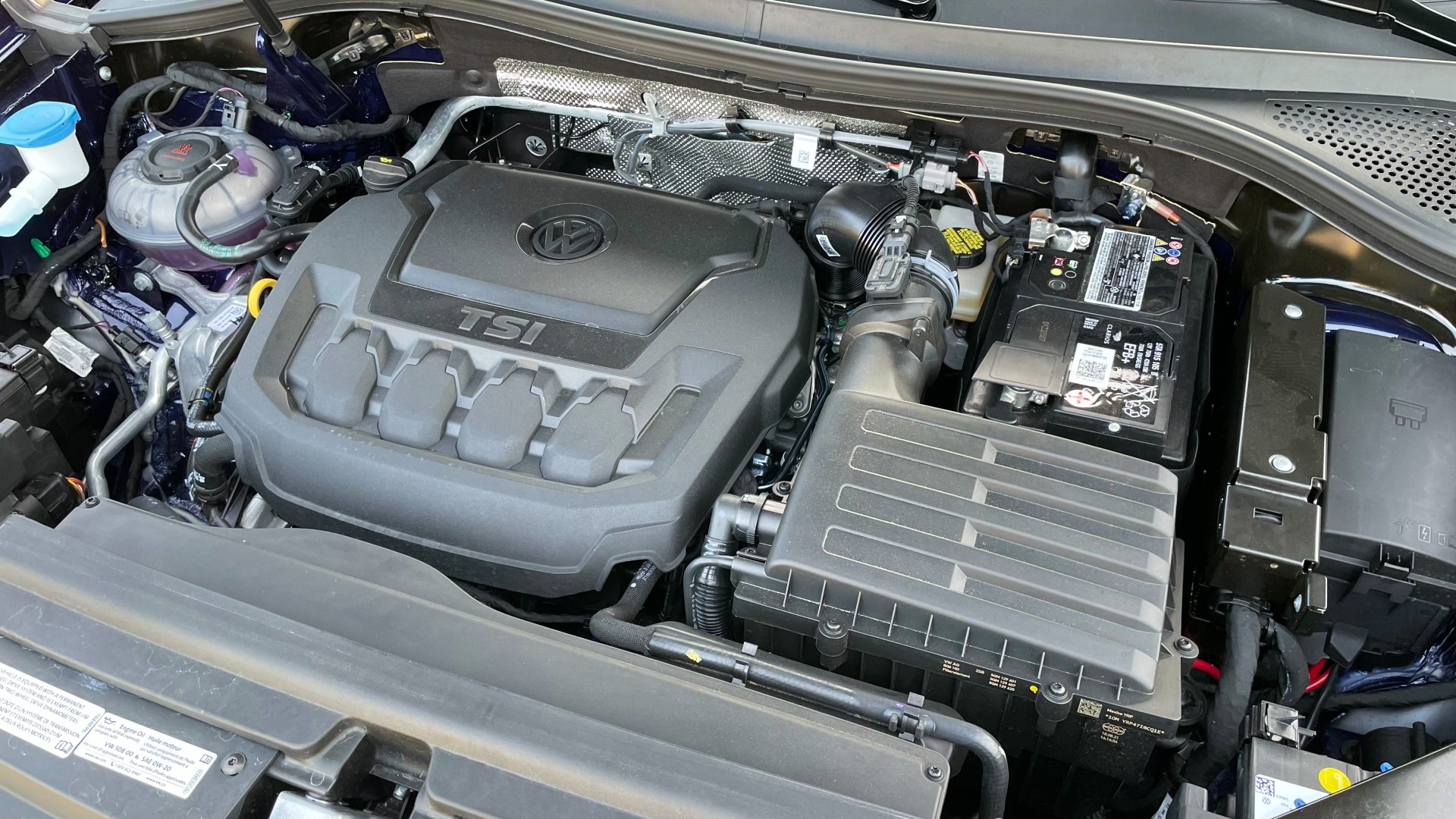 On the road, the Tiguan surprisingly delivers a lot of oomph from its 2.0-liter TSI (EA888) turbo four-cylinder. Volkswagen says the powertrain has been recalibrated, and I can report that the EA888’s throttle response is actually quite lively in all modes, especially in sport. The shift response of the eight-speed car box feels pretty sharp and appealing too. The powertrain’s performance doesn’t look particularly impressive on paper, but its real-world performance is way better than these numbers (184 hp / 221 lb-ft) suggest.

There were no emergency handling exercises during the drive, but according to my experience on Niagara streets, the Tiguan offers a quiet cabin with a calm driving experience and good driving reflexes. The steering feels light and responsive with good road feel and feedback. 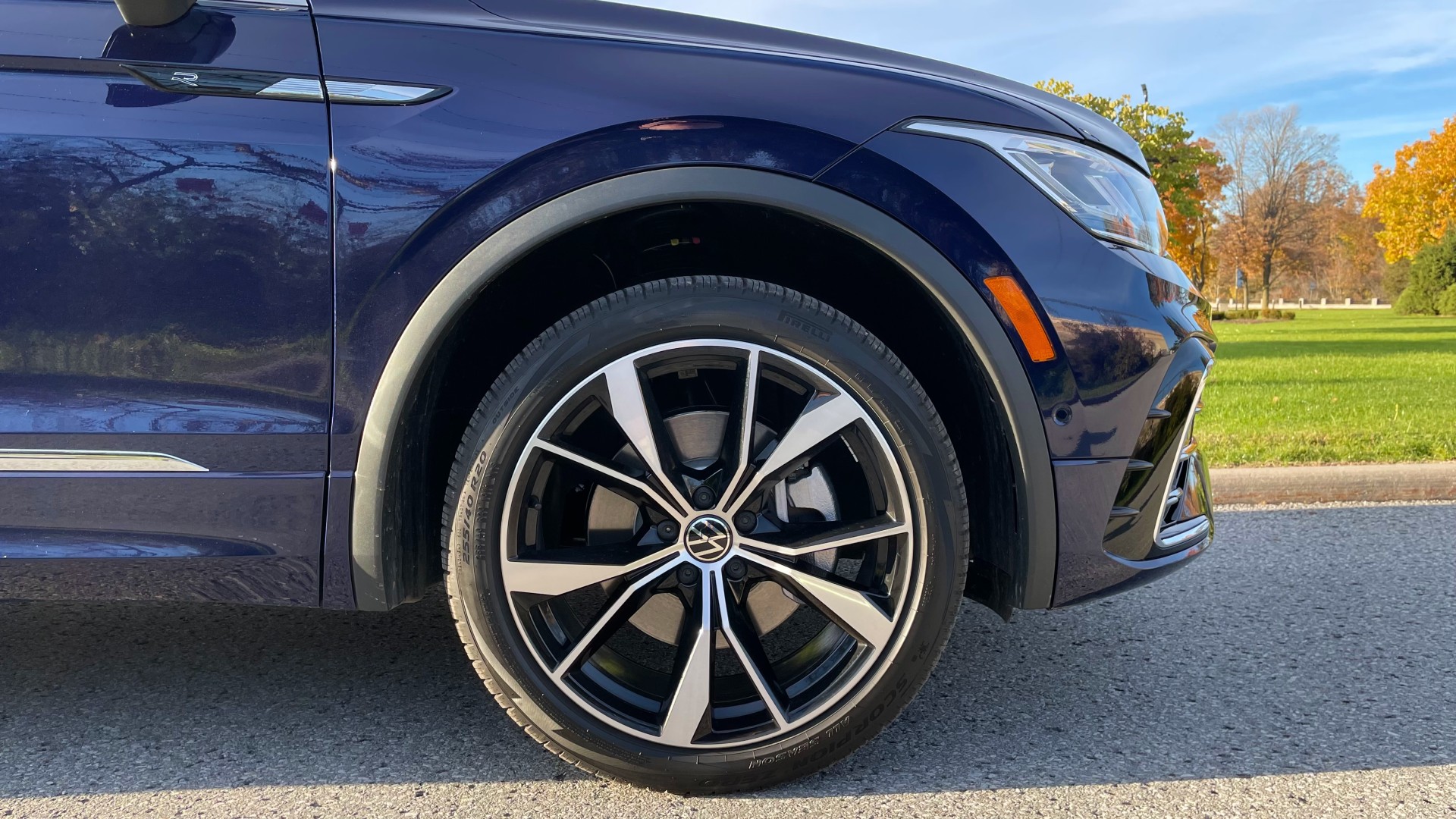 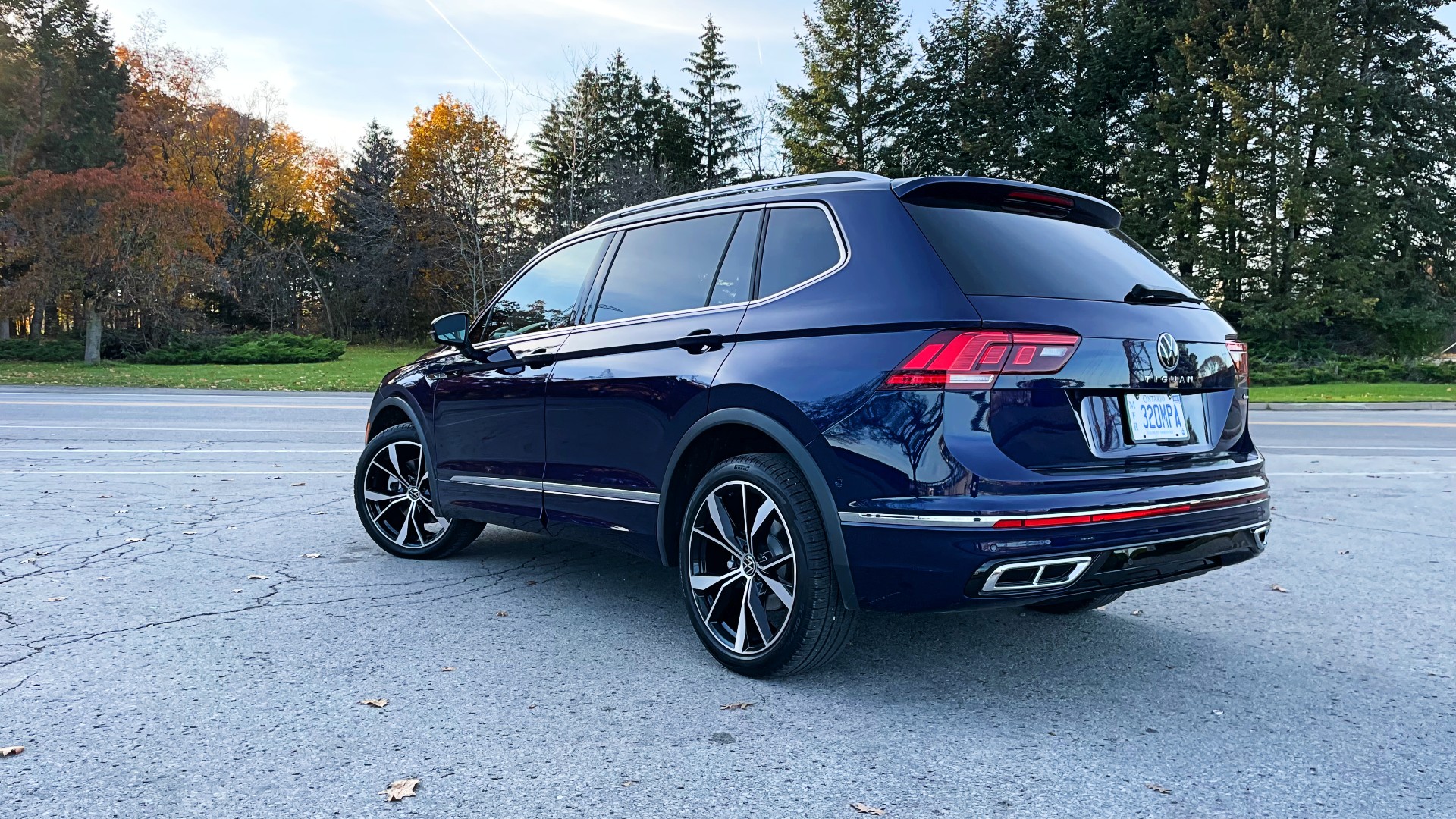 Overall, the Tiguan 2022 is a convincing offer in the highly competitive compact SUV segment. It won’t fight for the class leader, but its styling and packaging changes should hold it as Volkswagen’s number one for some time.

The vehicle was made available to the author by the automaker. Content and vehicle ratings were not subject to approval.

Chattanooga “paves the way” in the electric ...