Great Wall’s ORA Punk Cat was one of the most memorable stars of April’s Shanhgai Auto Show, and not just because it was clearly named after a celebratory pre-show bender with a dozen bottles of Baijiu.

No, it was the shameless crib of the retro EV of a classic design, namely the legendary Beetle, that cast a spell over us. Immediately after the fair, we asked Volkswagen whether there were any similarities and it was said in very Germanic English: “We are examining this matter with regard to any violations of utility model or design rights of Volkswagen AG and reserve the right to necessary action to take legal action. “

Well, Volkswagen could be a step closer to those legal steps after Carscoops’ discovery that Geely patented two five-door Beetle-like designs. And not just in China, but in Europe by registering them with the European Union Intellectual Property Office (EU IPO).

One of the cars seems to be the Punk Cat from the Shanghai show. It’s a beetle-shaped five-door car with round headlights in sloping fenders and a series of horizontal slats just outside each front door that may cover charging ports. It even has the same wheels as the show car. 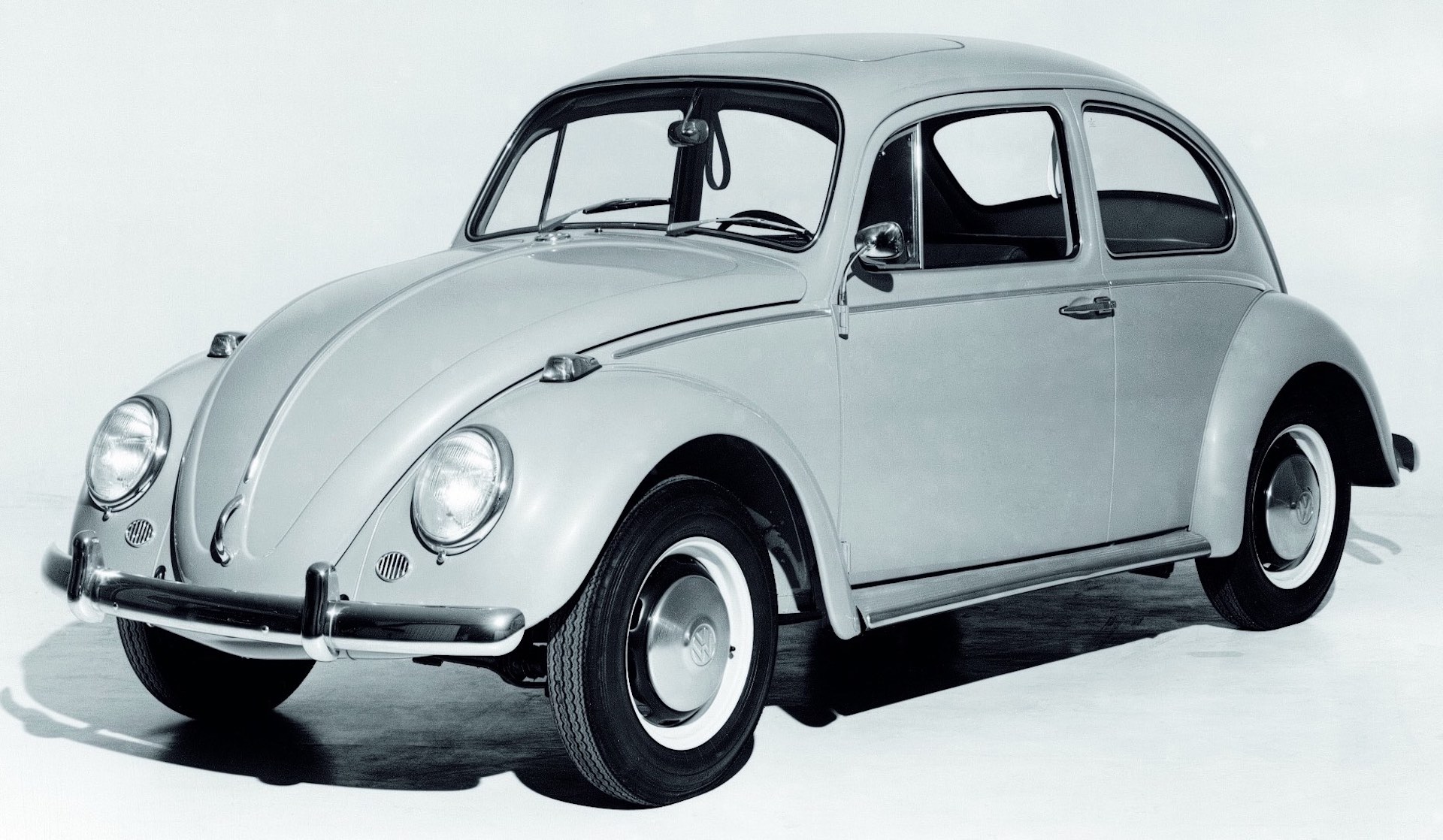 The second design seems to be both more cartoonish and retro. The 60s-style overriders and the classic towel rail in between are larger and the headlights are in the shape of toast slices that give the car a real face. The wheels are simpler, the tailgate appears to cut into the fender, and the nose has a more pronounced curve, like the 1970s versions of the original bow. There is also a ducktail spoiler under the rear window. 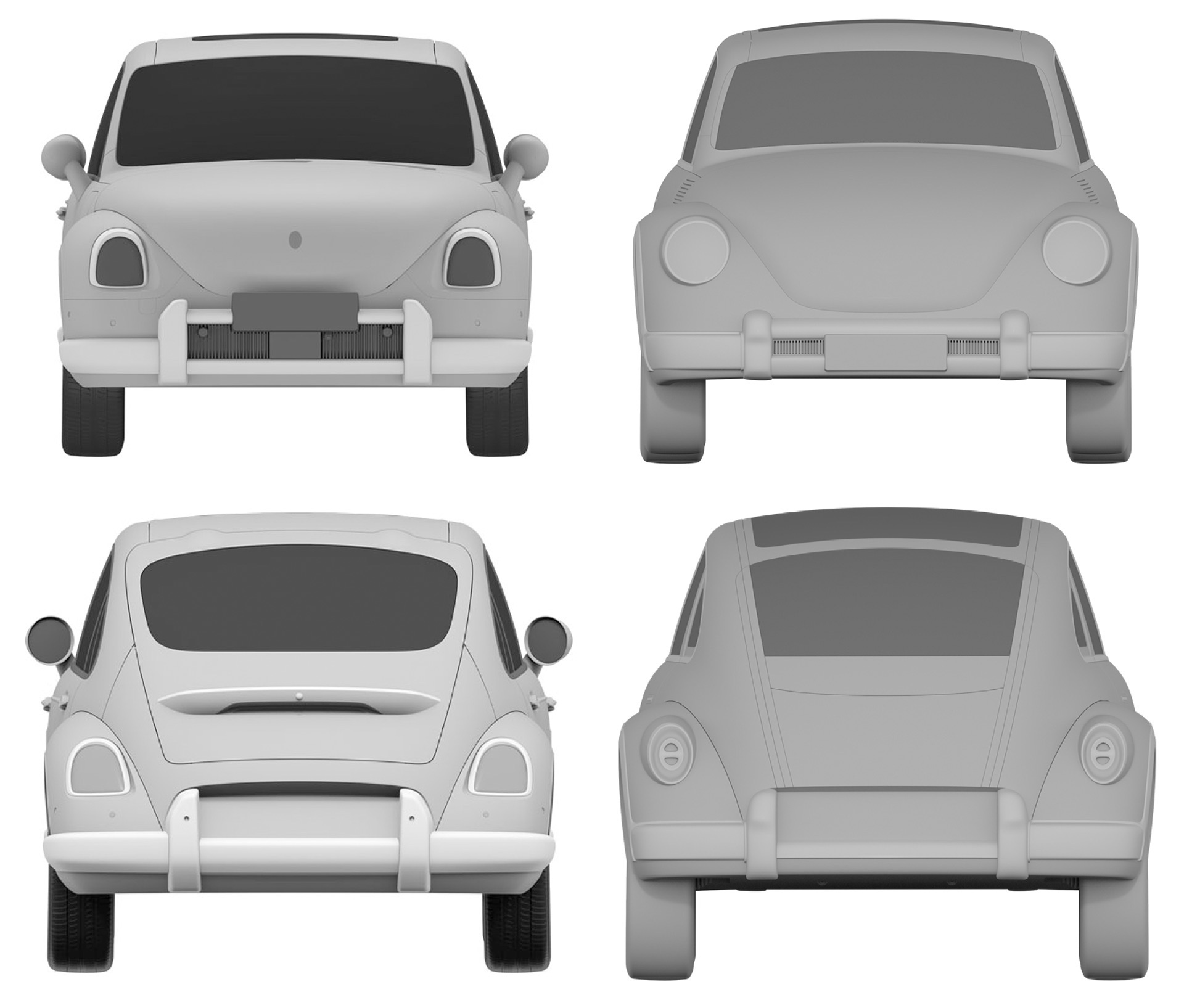 Although the designs seem like two variants of the same car at first glance, there are significant differences in the front and rear views. The Shanghai car has wider fenders, a more rounded roof and the tailgate cutout is narrower and more square. But the big takeaway for us is that both Chinese designs look more like an original Beetle than even VW’s own modern, water-cooled Beetle ever did.

According to documents available online, Geely filed two Registered Community Design (RCD) applications on June 3, 2021, which were then approved on June 11. . It is valid for five years and can be extended for a maximum of 25 years, five years at a time. Geely’s RCDs will expire in June 2026. 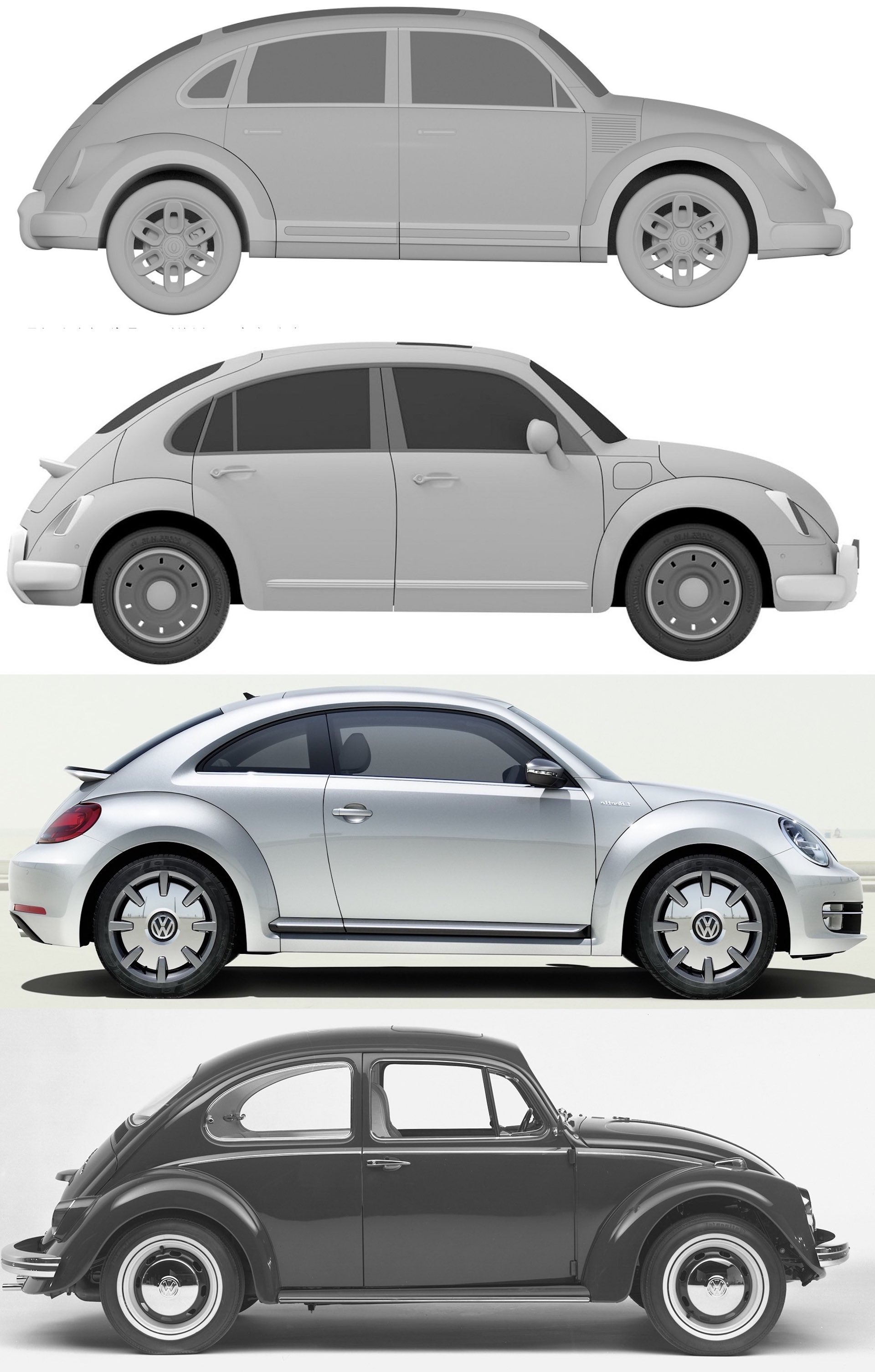 At the bottom of the page on the documents for both cars is a section titled “Designer” and identifying the people involved in the creative process. In both cases it lists 11 Chinese names – and yes, but somehow Ferdinand Porsche’s name is nowhere in sight …

Elsewhere on the website, the IPO explains how design protection in the EU works for budding creators:

“Imagine you’ve created a new design. You want to commercialize and distribute this product in the European Union market, but you fear that others will benefit from your redesigned design. That’s why you want to protect it. “

We’d be surprised if VW didn’t want to protect its designs too, even if it chose to kill its own Beetle in 2019 and claimed it wasn’t interested in bringing it back as an EV. Sure, the ORA was a five-door hatchback and battery operated, two things the Beetle never was (though probably should have been if VW were serious about surviving). But the Punk Cat isn’t a Beetle-inspired car, like the original Mazda Miata hatched off the hat to the original Lotus Elan. It’s a blatant elevator. We feel we haven’t heard the last of this story.

How brands can be successful in social ...